Despite identifying as a bookworm, I often find myself intimidated by big books. Everyone knows how terrible it feels to start a book and fail to finish it (I’ve been doing that a lot lately). The next thing you know, you’ve stopped reading altogether. If you recognise any of this, know that you’re not alone, even in the book community. More importantly, I’ve got you covered. Here are my top five utterly unintimidating quick reads that will wrench you out of your reading rut in no time.

A friend recommended this novella to me and I didn’t know what to expect. It turned out to be one of the best works I’d read in a long time. The book is written from the future, as Hans Schwarz looks back on his childhood in Stuttgart, Germany in the early 1930s. At the centre of the narrative is his friendship with young aristocrat Konradin von Hohenfels. At first, it’s a great coming of age tale. As the story progresses, though, and the Nazis rise to power, the protagonist’s Jewish heritage – previously insignificant to his life and identity – edges closer to the forefront when it becomes an issue not only at school but in the boys’ friendship. Unlike in The Boy in the Striped Pyjamas, the complexities of a friendship between a Jewish boy and the son of an antisemite are not neatly tied up with a bow. There are no grand, heroic gestures that defy their differences. This is for the better, and what makes this story so special. Make sure to stick it out until the end – I promise you won’t regret it.

Notes on Nationalism – By George Orwell

This mini essay collection’s hyper-relevant subject matter, acclaimed author, and irresistibly low price (£1!) caught my eye in a bookstore and I had to buy it. Unlike my neglect of the numerous non-fiction books on my bookshelf, I not only picked this one up but finished it too. It contains three essays: Notes on Nationalism, Antisemitism in Britain, and The Sporting Spirit, all centering on nationalism as Orwell broadly defines the word. For him, nationalism isn’t just hostile patriotism; it’s a bigoted frame of mind, and includes ideologies as wide-ranging as communism, pacifism, and political catholicism. The essays not only contain Orwell’s eye-opening theories, but also offer a window into the time they were written: 1945 Britain, when stalinism, trotskyism and especially antisemitism were epidemic. Benefit from the famous writer’s ever-relevant wisdom without having to commit to a hefty book.

The Catbird Seat – By James Thurber

I had never heard of this short story or author until a week ago, when I attended a local group reading of the story. I loved it. Long before his time, Thurber managed to create a story that is at once comedic, dark and thought-provoking. The story is a social commentary, a window into life – particularly gender relations – in 1940s New York whilst remaining pertinent and surprising. The Catbird Seat follows Erwin Martin – neurotic, weak, resentful – as he seeks revenge against the domineering Ulgine Barrows. I don’t want to give anything else away; every paragraph is new treasure. At just a few pages long, you have nothing to lose by reading this short story, so give it a try! It might just get you back into reading or even introduce you to your new favourite author. 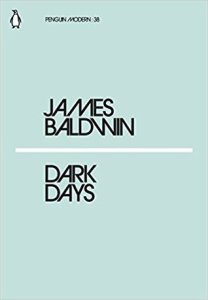 Another mini essay collection from the same series as Notes on Nationalism, Dark Days includes three essays by renowned novelist, essayist and activist James Baldwin: The White Man’s Guilt (1965), Dark Days (1980) and The Price of the Ticket (1985). I bought this book for its famed author – I’d been meaning to try his work – but didn’t foresee the impact it would have on me. The essays were moving, magnetic. I read the collection in one sitting, hungrily absorbing his words. His raw anger is woven throughout his memories and reflections on race relations in America:

Dark Days taught me about black history, and inspired me to seek more. Read the collection if, like me, you want to try Baldwin’s writing and learn about the black experience in America. 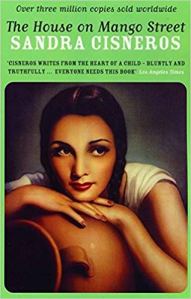 The House on Mango Street – By Sandra Cisneros

Unlike the other works in this list, The House on Mango Street is neither an essay collection nor a novella, but a short bildungsroman. Structured in a series of vignettes from protagonist Esperanza Cordera’s early adolescence, this book illustrates life in a Chicano and Puerto Rican neighbourhood of Chicago. Each vignette has a theme: the first is about the houses Esperanza’s family have lived in, and the house she dreams of living in. Others centre on the family members’ different hair, friendships with neighbours,    and even the privilege of bringing a packed lunch to school. They all contribute to a greater picture of Esperanza’s life growing up and navigating the world.

A friend gifted this book to me (the same friend who recommended Reunion) and wrote a note on the first page. Her words say it all, so I wanted to share an excerpt:

I wanted to give you this book for two reasons: 1) It’s small enough that you can take it to college without exceeding the baggage weight limit and  2) It’s the first book I really read.

When was the last time you really read a book? Don’t waste any more time; rediscover the magic of reading with these quick reads.

This site uses Akismet to reduce spam. Learn how your comment data is processed.