Often in dystopian books, one destructive force – usually an evil leader, government or science experiment – is held responsible for the world’s problems. In The Program‘s case, Sloane, the protagonist, blames epidemic teenage depression and the government’s extreme measures to combat it. She dreams of a better life without these issues, convinced that they are the root of her troubles. This is implausible, even in a fictional setting. If mental illnesses were somehow cured and the government was reformed or replaced, wouldn’t other difficulties still exist? Yes, life would be better – but it certainly wouldn’t be perfect. The irony of dystopian novels is their surprising proximity to utopian ones: they describe worlds in which everything would be perfect, if only for the elimination of a handful of difficulties. Sloane’s tunnel vision, perhaps due to the gravity of her circumstances, means that she is unable to look past them. Is this done to simplify the reader’s experience, or to encourage appreciation of their own reality? This naive approach makes for an enjoyable read. People like a black-and-white world, desperate to grasp onto something, or someone, to point the finger at. Although there’s no doubt that I love reading YA dystopias, this is their fatal flaw, a common feature that often defines them as lower-quality books.

Despite this fault, I enjoyed the book, finishing it in days (which is quick for me). Likeable – although complex and confused – characters, an interesting plot line and frustrating developments that, increasingly, create dramatic irony (the reader knows much more about the ‘bigger picture’ than the protagonist and her peers do) impelled me to read on. I struggled, however, to appreciate the extent – even the existence – of the depression experienced by many characters. From what I understand, depression is powerful yet ephemeral. It can’t simply be characterised (as this book does) by someone repeatedly doodling black spirals or vacantly staring into the distance. This lack of description and dimension diminished The Program‘s credibility and intrigue; although this could have been intentional (to make a mystery of the illness or suggest the government’s incompetence to properly cure the illness), I’m not convinced.

On the whole, I loved the characters and was captivated by the plot, but the writing is lacklustre, over-dramatised, and at times ‘world-building’ is flimsy. Read if you’re looking for a standard YA dystopia, but don’t be disappointed by its mediocrity. 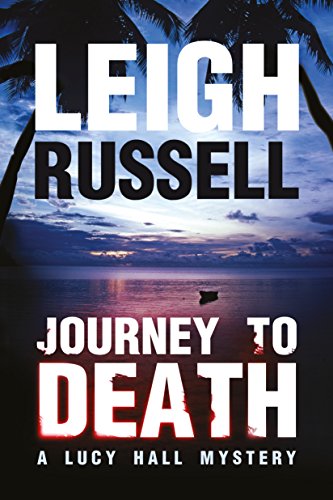 Recovering from the betrayal of her boyfriend Darren, Lucy Hall is dragged to the Seychelles by her parents for a needed break. Lucy’s father, George, chose the exotic location because of his memories living there. Although initially reluctant, Lucy gradually enjoys herself, making a new friend at the hotel. Apart from some strange occurrences which she dismisses as ‘nothing’, the holiday is perfect. Things turn sinister, however, when a lunatic makes trouble for her and the Halls.

Despite her tedious rants lamenting her cheating ex-boyfriend, Lucy is personable and somewhat credible; I enjoyed reading about her as an intriguing person, rather than simply a piece in the plot. However, her naivety – despite being attacked repeatedly, she convinces herself that everything is fine – frustrated me. Rambling sentences with overblown descriptions sapped my interest. My perseverance was eventually rewarded with unexpected plot twists.

Read Journey to Death if you enjoy not-too-thrilling mystery thrillers, but keep in mind that there’s no likeable detective to guide you.

Thanks to Juliette Pashalian from Wunderkind for providing me with a digital copy of this entertaining mystery thriller.